The paper “Explaining Missing Heritability Using Gaussian Process Regression” by Sharp et al. tries to tackle the problem of missing heritability and the detection of higher-order interaction effects through Gaussian process regression, a technique widely used in the machine learning community. The authors obtained estimates of broad-sense heritability for a number of mice and yeast phenotypes using a RBF kernel that models higher-order interactions, and found these estimates significantly larger than the narrow-sense heritability of these phenotypes. The authors also deteced several loci displaying interaction effects.

Gaussian Process Regression is different from parametric regression in that one does not assume any parametric form for the function \( f(\cdot) \). Instead, a Gaussian Process prior assumes that the function values of \( f(\cdot) \), \( \mathbf{f} \), for a number of inputs, \( X \), follow a multivariate normal distribution, \[ \mathbf{f} \sim N(\mathbf{0}, \mathbf{K}), \] where \( \mathbf{K} = (\mathbf{K})_{ij} = \mathbf{k}(x_i, x_j) \) is the kernel matrix, measuring the similarity between samples, that contraints the possible space of \( f(\cdot) \). Because the only constraint on the kernel function \( \mathbf{k}(\cdot, \cdot) \) is that the covariance matrix \( \mathbf{K} \) is positive definite, this enables Gaussian Process Regression to model a broad range of functions.

The following is a list of kernel functions that are widely used (credit to Wikipedia),

Specifying the kernel function is a fundamental step of Gaussian Process Regression. An appropriate kernel allows one to model interaction of any order among genetic variations. In the Sharp et al. paper, the authors proposed a generalized version of the RBF kernel to measure similarity between two individuals, \( x_i \) and \( x_j \), acorss the genotypes of \( P \) SNPs, \[ \mathbf{k}(x_i, x_j) = \theta_0 \exp \left( -\sum_{p=1}^P { {(x_{ip}-x_{jp})^2} \over {2 \tau_p} } \right), \] where \( \theta_0 \) is a parameter that governs the overall similarity between \( x_i \) and \( x_j \), \( \tau_p \) the contribution of SNP \( p \) to the variations of the phenotype – a large \( \tau_p \) suggests that SNP \( p \) contributes little to the variation of the phenotype, and a small \( \tau_p \) implies significant contribution. By examining the magnitude of the hyperparameters \( \tau_p \), one can infer whether a genetic loci contribute significantly to the trait. 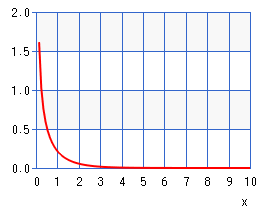 Posterior Distribution of the Parameters

There is no analytical solution to the posterior mode or mean of \( \theta \). However, sampling based approach (e.g. MCMC) can be used to start from a starting point and lead to the posteior mode. In the Sharp et al. paper, a Hybrid Monte Carlo that models a particle’s trajectory was used to make inference over \( \theta \).

Once the parameters \( \theta = (\tau_1, \cdots, \tau_p, \theta_0) \) are estimated, one can use these estimates to quantify broad-sense heritability from the Gaussian Regression model. The basic idea is as follows: